Sable German Shepherd Everything You Need To Know 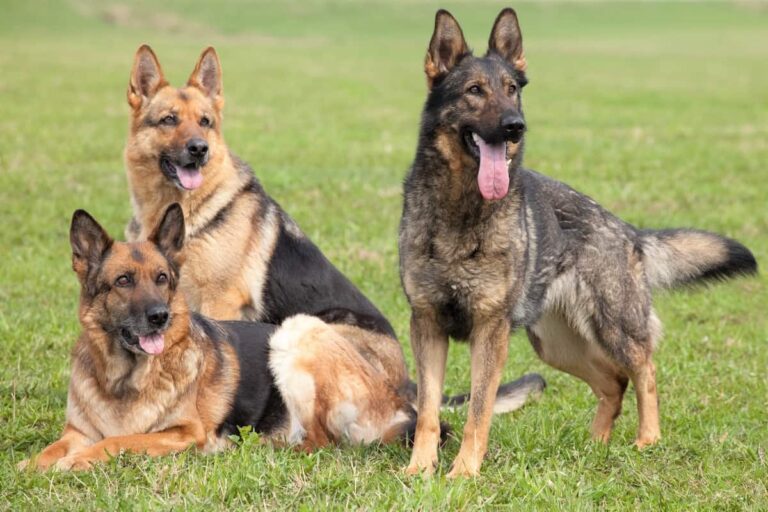 Are you fond of dogs and need a breed with the exceptional characteristics of a Sable German shepherd but also something unique and different?

If that’s Your Requirement, Why Don’t You Adopt a Sable German shepherd?

The Sable German shepherd is a recognized breed, not a crossbreed canine. Therefore, they enjoy all the benefits of a purebred. Also, they are prevalent because of their intelligence, intense loyalty, and trainability. People love them more because of their attractive looks, sleek body, and noble appearance.

Your interest in this German shepherd will enhance knowing that this is the actual color. And, the only variation in German shepherds with a similar shade of the founding member of this specific breed.

Sable German shepherds are perfect companions, and you can bring them home. If you are eager to know everything about the sable German shepherd, continue reading this blog. Here you will learn about their temperaments, intelligence, playfulness, and hard work.

In order to understand the origin of this breed, a sable German shepherd, you must go back to the time when it was first spotted.

Primarily German shepherd was a sable and recognized by Von Stephanitz at a dog show. By looking at it, he decided that this was the perfect working dog. He paid a high cost for it and adopted the canine, which was brought up with other dogs to get German shepherd litters.

And, if you wish to know, the first time spotted in America was in 1906, and it received its recognition in 1908 by AKC.

What Are the Crucial Characteristics of the Sable German shepherd?

This particular breed is also prone to degenerative myelopathy. In this condition, the canine’s spinal cord is directly affected, which becomes visible in aging dogs after they become more than 7+ years old.

After you have learned about the issues with the German shepherds, you ought to know their bright side.

Also, German shepherds are solid dogs and do not have soft bites like a golden retriever. Therefore, proper socialization is necessary as it will help them grow their natural protective instinct and behave better with strangers. So, focus on training them consistently and appropriately. Therefore, understand their knowledge and compliance, which you can use as and when required.

What does sable mean when it comes to German shepherds?

Sable refers to a particular color of German shepherds. They have a coat with lighter roots and darker tips covering most of their body. Since the tips are usually black, the canine looks grayish; hence it is a natural shade variation within this breed.

Did you know the popularity of the sable German shepherd?

How big are sable German shepherds?

Sable German shepherds aren’t bigger than standard ones. Males are 75 to 95 pounds, whereas females are 55 to 75. Also, you will know more about the puppy after looking at its parents.

German shepherds are excellent pets for active households. They are protective, obedient, loving, and loyal if you provide them with proper training and socialization. Usually, they are good with kids, but it is better to supervise them when they are with children. This is important regardless of their breed and level of behavior. There are times when accidents have taken place when the dog and the children have been familiar with each other for years.

What is that one behavior that people will dislike about German shepherds?

Sable German shepherds tend to suspect everyone around, which makes them extra protective. But, if you are training and helping them socialize right from a young age, it is easy to teach them and reduce this trait. Despite everything, they will carry this trait throughout their lives.

What is the cost of a sable German shepherd?

The price varies depending on their size and weight. For example, if you are buying a puppy, the price will be around $800 to $1500. But, if you are purchasing a standard German shepherd puppy, their cost is much lesser.

However, if the price exceeds your budget, consider speaking to an expert who can help you.

Do you want a dog that is loyal and loving? You’ll find it in the form of an excellent Sable German Shepherd! Professionals can train these pups, so they know how to behave when around people or other animals.

They’re also gentle with children if needed – but make no mistake: this pup will protect his family members from any threat at their disposal (even downing birds).

If outdoor playtime sounds fun, consider adding these dogs into your life because there’s nothing better than feeling safe while running through fields.

Sable German shepherds are much rarer than just about any other color of GSD, but that doesn’t make them any different. They’re energetic and protective like all others in the breed – only theirs has an added edge due to their distinctive coat!

With training from early on- these dogs can be very safe as long you know what kind-hearted pup will fulfill your every need. This blog will give you sufficient knowledge of Sable German Shepherds and Everything You Need To Know about them.