Black German Shepherd Everything You Need to Know 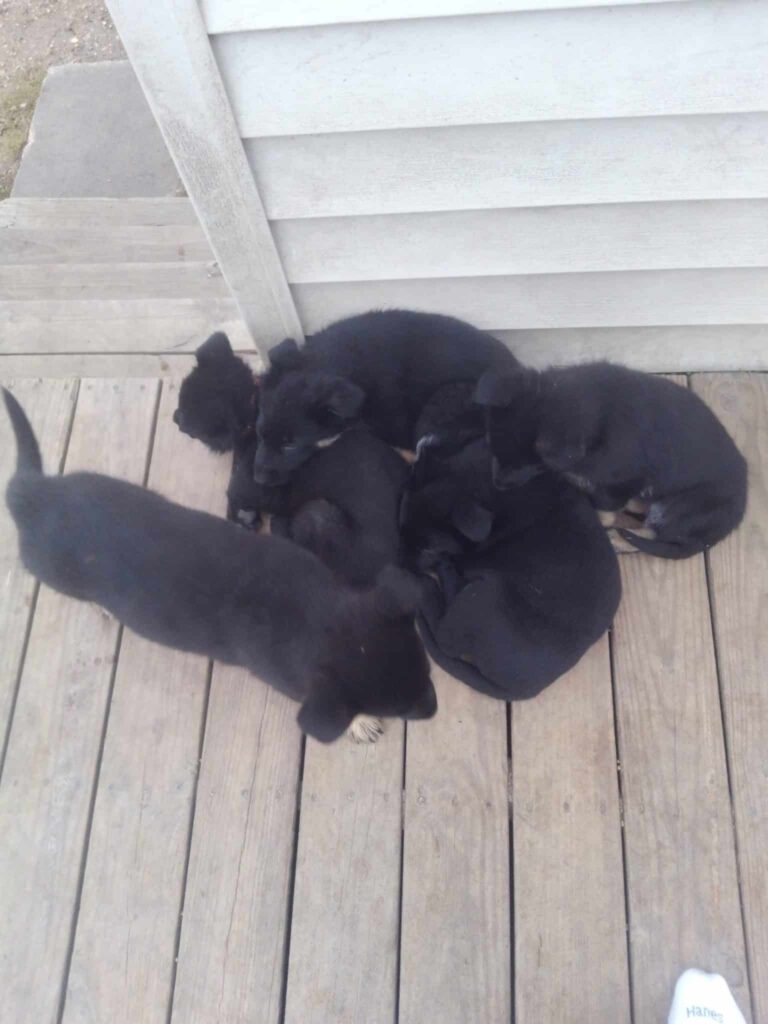 Do you want a friendly family pet that ensures safety for you all? Black German shepherd may be the one for you. Their name might intimidate you, but they make delightful companions and are gentle family dogs. These canines are versatile and generally have desirable characteristics, including intelligence, loyalty, and courage.

It is necessary to know that the German shepherd is the top most popular breed in America. They are recognized for their magnificent black color and are highly sought after for being purebred.

The Black German Shepherd is a relatively new breed. They were initially bred for their intelligence, strength, and striking black coats. The first black shepherd was born in 1899, and the breed gained popularity in Germany during World War I.

In the 1920s, however, this breed’s popularity began to decline due to the lack of interest in working dogs. And many people thought that black-coated shepherds were too challenging to train.

By World War II, the Black German Shepherd had nearly vanished from Germany altogether, with only a few lines remaining. During the war, the breed was rediscovered and began to be bred again.

Today, the Black German Shepherd is among the most popular breeds in the United States. They are also recognized in many countries throughout Europe. The species is known for its strength, agility, obedience, intelligence, and striking black coat. They are loyal and devoted to their owners and make excellent family pets.

The Secret behind the Black Fur Color of German Shepherds:

German Shepherds’ black fur color is a result of selective breeding. You must know that the black color is a recessive gene, and if you want a genuine black shepherd, then two full-blood German shepherds must mate.

Or the alternative is that both parents carry a recessive gene that brings expected results. Due to the rarity of their furs, black German shepherds are double the cost of others compared to the standard ones.

As puppies, they require four meals per day containing a well-balanced diet. As they continue to grow, their diet continues to decrease. After six months, they may need only two or three meals daily. And once they are adults, you may serve them only two meals. Therefore, this is adequate for the canine and their good health.

One of the reasons behind it is that they easily bloat. And adults only need 1.19 grams of protein and 0.95 grams of fat according to their body weight. Alternatively, if you compare the food consumption of a puppy, you will find that their calorie intake is much more than that of adults.

Black German Shepherd typically burns 20 calories per pound in a day. However, the adult male will need around 1300 to 1800 calories daily. Now, if you compare, females will need fewer calories, about 1000 to 1500 per day.

The purebred black German shepherd is the same as the traditional breeds except for the fur color. It is because of the color that it stands out from the rest, and its recessive gene costs double the others. So, if you are buying one such dog, you must be ready to pay a higher value for them.

Both black and the standard color fur are similar with slight differences. Out of all, only tiny percentages have a black coat, which is 6.8%. However, like the German shepherds, this version is also a gigantic dog breed.

Some of the similar characteristics are:

You will know that standard fur dogs have medium-length coats on proper observation. But, they can produce black puppies by mating with another partner who carries a recessive gene.

Since black German shepherds are rarely available, they have a higher value. Also, they weigh around 60 to 90 pounds and will grow taller than 24 inches and 75 pounds.

Before adopting German shepherds, you must know they are highly energetic and require an hour of work out regularly. They like being active and get busy with outdoor activities, so you may arrange for games such as fetch, chasing you, or something, and frisbee may be in your yard.

Also, take them to a park which is their favorite pastime. You may consider challenging them because this breed is brilliant and thrives on mental stimulation that helps them remain steady and sharp.

Black German shepherds live for 9 to 13 years, approx, but they are prone to specific medical issues, which commonly include a form of degeneration. Some of them are:

In such conditions, what happens is that the thigh and elbow bones do not fit into the sockets aptly. Hence, it leads to pain, stiffness, and eventual debilitation. Since this breed has a straight back, the chance to develop such issues is lesser than the standard dogs. However, consider visiting vets often if you wish to keep your pet safe.

As they age, the cartilage in the joints wears down and leads to deterioration, so it becomes stiff. Sometimes the symptoms become so bad that it restricts their movement. However, this is common in old dogs, so your utmost care can save them from pathetic situations.

Degenerative myelopathy or chronic degenerative Radiculomyelopathy is a condition that is hereditary and impacts the spinal cord directly. So, the nerve cells are weak and ultimately paralyze the hind legs.

In this condition, the spine has the maximum impact. What happens is that the nerve compression leads to stiffness and weakness along with pain in the hips, tail, and back.

These are some of the primary and integral information about German shepherds that you must know. Therefore, consider doing optimum research when searching for accurate data on Black German Shepherds Everything You Need To Know.